“The French 2022 Elections and the Transformations of French Politics” Presentation by Prof. Sylvie Daviet of Aix-Marseille Université

“The French 2022 Elections and the Transformations of French Politics”

Co-sponsored by the Center for European Studies, the Jean Monnet European Union Center of Excellence for Comparative Populism and the Center for Interdisciplinary French Studies.

The French Presidential and General Elections of spring 2022: the New Place of Marseille in the National Landscape

Electoral issues are generally addressed by political scientists. The specificity of my approach will be to consider this subject as a geographer, although I am not a specialist in electoral geography. In a democracy, the voters as well as the elected representatives of the Nation are part of complex territorial systems endowed with specificities. In the unstable period our democracies are going through, the territorial anchoring of political parties is evolving, while emerging currents are seeking a new territorial base. At the same time, territorial changes are indicative of more global transformations in society over a longer period. The presidential and general elections that took place in France in Spring 2022 express the conflicting reconfiguration of global, national, and local scales, and of temporalities between long-term and immediate history. In the dialectic between national and local perspectives, my attention will focus on Marseille, viewed as France’s second largest city, a Euro-Mediterranean capital and Emmanuel Macron’s “city of heart”. To what extent does the city of Marseille reflect national trends? Alternatively, to what extent is Marseille a unique case? We will attempt to answer these questions in three parts: the first will review the main lessons of the national elections of 2022, the second will focus on the similarities between Marseille and national dynamics, and the third will underline the specificities of Marseille between crises and resilience. 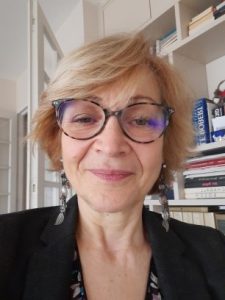 Sylvie Daviet is a full Professor of Geography at Aix-Marseille University (France). She is an economic and social geographer with a strong interest in territorial development, innovation, entrepreneurship, industrial restructuring, and labor geography. She held a Jean Monnet permanent course from 1998 to 2001 on the Regional Policy of the European Union. She is used to working in interdisciplinary programs in the framework of social sciences and in the field of sustainable development. She is currently a member of the TELEMME laboratory, affiliated to Aix-Marseille University and the CNRS, and dedicated to Mediterranean Studies within the Mediterranean Institute of Social Sciences. As the result, she has published a lot of work on Marseille and its region. From 2010 to 2012, Sylvie Daviet was also a researcher in Tunis (Tunisia) at the IRMC, a French Institute for Maghreb Studies, to lead a program on Trans-Mediterranean Entrepreneurship. She was involved in the governance of Aix-Marseille University as Vice President of International Relations from 2013 to 2019. She is currently a member of the board of the Human-Environment Observatory (OHM) of the Provence Coal Basin (a major equipment of the CNRS Ecology and Environment Institute) and she manages a program on energy transition. Sylvie Daviet has been awarded the distinction of Officer in the Order of Academic Palms and of Knight in the National Order of Merit. 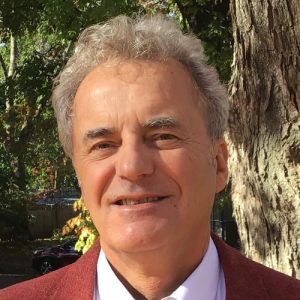 Prof. Laird Boswell will be discussing the French elections as the culmination of deep transformations in the political landscape which have seen the extreme right emerge as the largest party in France.  He will also be discussing the impact of the war in Ukraine on French domestic politics.

Laird Boswell is a historian of Modern Europe, especially France, in the nineteenth and twentieth centuries. His teaching and research interests focus largely on society and politics – ranging from the transformations of rural society, to the history of European socialism and communism, the history of nationalism, voter behavior and, more recently, the contemporary extreme right. He has also undertaken extensive work in quantitative and oral history. In addition to his work in the History department, he has directed the University of Wisconsin Center for European Studies and has served as director of the UW study abroad program in Aix-en-Provence, France. He also works with students in the Professional French Masters Program interested in contemporary French politics and society (immigration, social movements, European affairs)