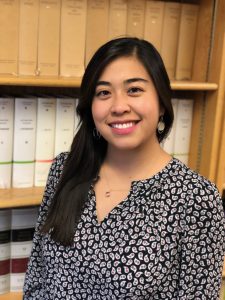 Sarah Gamalinda is a Ph.D. student in French and francophone literature in the Department of French and Italian at UW-Madison with interests in postcolonialism, race, racialization, and perspectivism in 20th-21st century film and literature in French. She received her Bachelor’s Degree in 2014 from Amherst College in French language and literature, and her Masters Degree in 2017 from the University of Wisconsin – Madison. She has held various positions as an Instructor of French 101 & 102, Head TA of French 101, and Assessment TA.