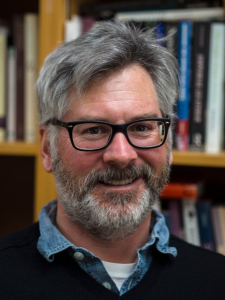 Richard C. Keller is Professor in the Departments of Medical History and Bioethics and History at the University of Wisconsin-Madison, where he is also Associate Dean of the International Division. He is the author of Fatal Isolation: The Devastating Paris Heat Wave of 2003 (Chicago, 2015) and Colonial Madness: Psychiatry in French North Africa (Chicago, 2007), and is co-editor of Unconscious Dominions: Psychoanalysis, Colonial Trauma, and Global Sovereignties (Duke, 2011), Enregistrer les morts, identifier les surmortalités. Une comparaison Angleterre, Etats-Unis et France (Presses de l’EHESP, 2010), and a special issue of South Atlantic Quarterly, “Life after Biopolitics” (2016). He is currently writing a global history of the environment, which is under contract with Oxford University Press. He is the winner of the 2013 William Koren, Jr. Prize from the Society for French Historical Studies. His work has been supported by the National Science Foundation, the Andrew W. Mellon Foundation, the French Ministry of Health, and the City of Paris.