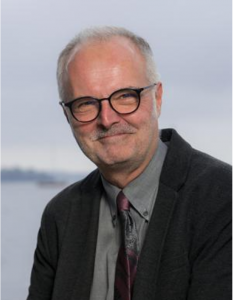 Jan Miernowski is a Douglas Kelly Professor of French in the Department of French and Italian at the University of Wisconsin-Madison. His research focuses on literary responses to philosophy, especially on early modern humanism, 20th-century antihumanism, and 21st-century posthumanism. His latest books include: a monograph (La Beauté de la haine. Essais de misologie littéraire, Geneva: Droz, 2014) and two edited volumes (Le Sublime et le grotesque, Geneva: Droz, 2014  and Early Modern Humanism and Postmodern Antihumanism in Dialogue, London: Palgrave Macmillan, 2016). He held positions as a visiting Professor at the Univeristy of Paris-Sorbonne, the École Normale Supérieure in Paris, the University of Warsaw and the University Aix-Marseille. His research has been supported by, among others, the National Endowment for the Humanities, the French Government and the Polish Government, from which he received in 2013 the title of Professor in the Humanities. For his work on Digital Humanities and e-Learning he received in 2007 the “R1edu Award” for Distinguished Faculty Contribution to Online Learning.